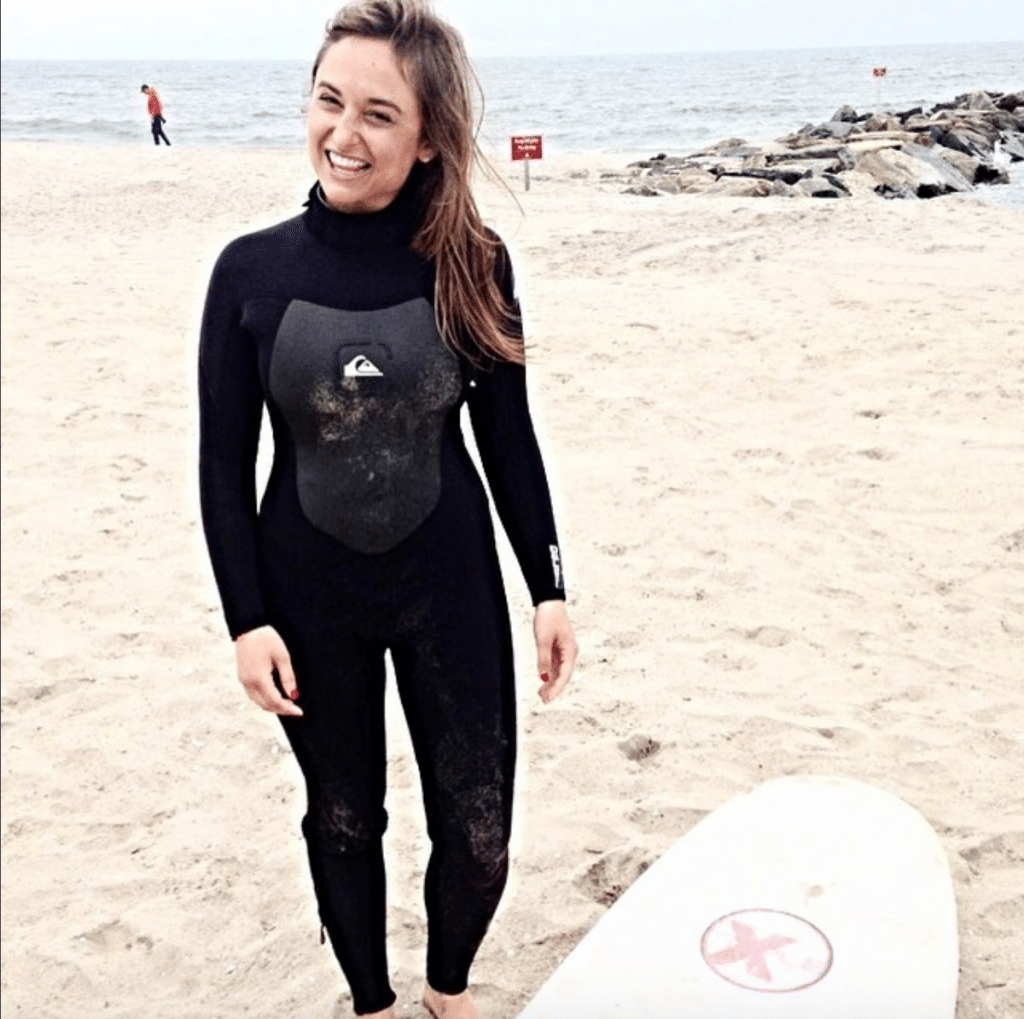 On Sunday, August 7, 2016, Marcotte left her mother’s house on Brooks Station Road in Princeton in the early afternoon to go for a run before heading back to New York by commuter bus later in the day. Her family notified police when several hours passed and she did not return. Police then immediately launched a missing persons search. She was found deceased off the street on a trail in a heavily wooded area around 8:20 PM, less than a half-mile from her mother’s home.

Officials immediately classified it as a homicide case. Her body was naked and she had burns to her face, feet and hands. She was also believed to have been sexually assaulted and strangled. She suffered “crushing injuries” to her throat and had a broken nose. Her clothes, cell phone and earbuds were missing, and a partially-burned sneaker was found near her body. None of her clothes were ever recovered, and it is believed that her killer may have taken them when he fled. Foreign DNA was also found at the scene.

According to a local witness, Marcotte stopped at the Mountainside Market on Hubbardston Road in the afternoon for a drink and was last seen alive walking while talking on her cell phone after 1 PM. Another witness also reported they had seen a vehicle following Marcotte, which had turned around and followed her again on the road on which she was walking. According to authorities, Marcotte put up a “huge struggle” during the attack, which was believed to have occurred between 1 and 3 P.M.

The murder attracted much attention from the national media, and was often compared to the killing of Karina Vetrano of Queens, New York, who was found murdered under similar circumstances less than a week before. Authorities never officially stated they were believed to be related, however. A suspect, linked by DNA evidence, was arrested and charged in the Vetrano case in February 2017.

Several FBI profilers commented publicly on Marcotte’s homicide, saying they believed Marcotte was most likely attacked at random by a stranger, and that the killer most likely lived in or frequented the area surrounding Princeton.

Shortly after Marcotte’s murder, investigators opened a 24-hour tip line asking for any information from the public, and received over 1,300 tips] It was stated that Marcotte’s attacker had been a male who likely had scratches, cuts and bruises to his face and arms.[24] It was not believed that Marcotte knew her killer; rather, it was suspected to have been a completely random attack. In November 2016, they stated they were seeking additional information about a black or dark-colored SUV that had been seen parked on the road at the time and area where Marcotte was killed.

On December 21, 2016, in Princeton, Marcotte’s family released their first official public statement, thanking the community for their support, and announced that the family had set up a website, vanessamarcotte.org, in memory of Marcotte and the establishment of the Vanessa T. Marcotte Foundation.

On February 23, 2017, more than six months after the murder, the Worcester County District Attorney Joseph D. Early Jr. released further details on the investigation, stating that the DNA of Marcotte’s killer had been sent to a lab and a profile had been created. It was not revealed how the DNA was obtained. Based on the DNA evidence and witness statements, the suspect in the slaying was a Hispanic or Latino male in his late 20s to 30s, with an athletic build, average height and either short or shaved hair. It is also believed the suspect either owned or had access to a dark-colored SUV on the day of the murder and would have had visible injuries to his upper body in the days following the attack.

On April 15, 2017, at a press release in Princeton, Early announced that Marcotte’s alleged killer had been apprehended. Angelo Colon-Ortiz, age 31, of Worcester, Massachusetts, was arrested on April 14 and was arraigned at Leominster District Court on April 18 and placed on a $10 million bail. He faces charges of aggravated assault and assault with intent to rape, as well as a murder charge in which he was indicted by a grand jury on June 23, 2017, at Worcester Superior Court. On July 26, he pled not guilty and was ordered by a judge to be held without bail.

According to authorities, a Massachusetts state police trooper on patrol in Worcester had seen Colon-Ortiz, who matched the description of the suspect, driving a vehicle identical to the one seen on the day of Marcotte’s murder. The trooper wrote the license plate number on his hand and followed up by visiting Colon-Ortiz’s residence with another police officer the next day. Colon-Ortiz voluntarily provided a DNA sample, which came back a match from DNA that had been found on Marcotte’s hands. Colon-Ortiz later claimed that a language barrier led him to provide a DNA sample to police investigators without him giving voluntary consent. On that basis, Colon-Ortiz’s attorneys filed a motion to suppress the DNA evidence. On January 11th, 2022, Judge Janet Kenton-Walker denied the defense’s motion to suppress the DNA evidence.

Colon-Ortiz, a Puerto-Rican native who had no criminal history, was married with three children and had lived in Worcester for less than a year. He worked for a third-party contractor of FedEx, and made deliveries in and was familiar with the town of Princeton and surrounding areas. According to his Worcester neighbors, Colon-Ortiz was described as “perverted” and often made vulgar sexual comments to people in the neighborhood. A former female Princeton postal worker also said that Colon-Ortiz often made crude comments in Spanish about her and other women to his co-worker.

Authorities revealed on the day of the murder, a local resident recalled seeing Colon-Ortiz outside his parked black SUV with the hood up, talking on his cell phone, around 12:45 in the afternoon. Cell phone records and data proved that Colon-Ortiz was indeed in the area at that time. Marcotte was believed to have left her home around 1:15. The resident drove by the vehicle again around 2:05 PM, and the SUV was still parked there, but with the hood back down and no one around. Marcotte’s cellphone data showed her phone either was shut off or disabled at 2:11 p.m., which was most likely near the exact time of her death. Colon-Ortiz, who usually worked the morning shift, was not working the day of the murder. It is unknown why he was in the area that day. 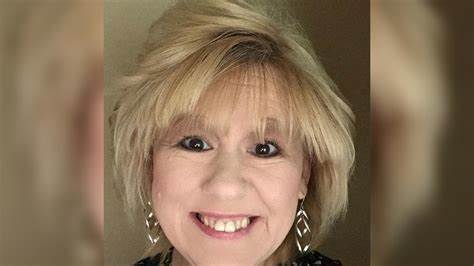 Debbie Collier, 59, Vanished on September 10th according to authorities.

Her daughter, Amanda Bearden, told investigators that her mother’s car was in the shop at the time and that she left home in a rented Chrysler Pacifica SUV, carrying only her license and a debit card.

Authorities tracked the rental vehicle to a highway nearly 60 miles away with help from Sirius XM radio and arrived around 12:30 p.m. on Sept. 11. The car was found unlocked and unoccupied off of Georgia’s State Route 15

Officers and K-9 units found a red tote bag about a quarter-mile from the vehicle and “what appeared to be the remains of a fire” nearby.

Downhill from the scene, investigators found a blue tarp with burn marks, and “a nude female laying on her back, grasping a small tree with her right hand,” according to the incident report. Her remains were “apparently burned with what appeared to be charring to her abdomen.”

The Habersham County Coroner’s Office transferred Collier’s remains to the Georgia Bureau of Investigation’s Crime Lab for an autopsy, and GBI was also sent “various items of possible evidence” for enhanced analysis.

Collier’s last known communication was through the Venmo app, sending more than $2,300 to her daughter, according to the incident report. The payment also included a note, paraphrased in the report as saying, “They won’t let me go, there is a key to the house underneath a flower pot.”

Before the remains were discovered, Bearden, who had been given an approximate location of the vehicle by Athens-Clarke County police, arrived on scene “in a hysterical state,” according to police documents. She told investigators her mother did not suffer from any known mental health issues or “suicidal tendencies.”