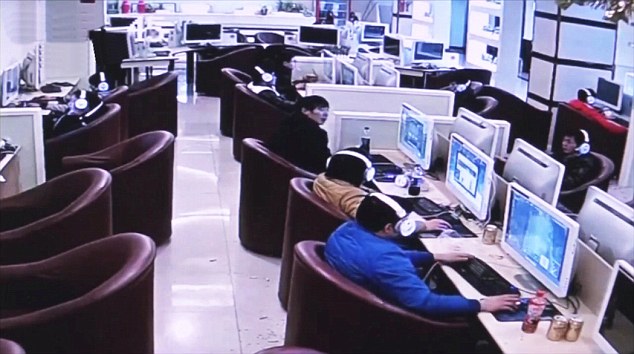 Since its first release in November 2004 “World of Warcraft” has been known to millions of avid, casual, and non-gamers. The massively multiplayer online role-playing game, or MMORPG, was developed by Blizzard Entertainment following the popularity of earlier games in the Warcraft series, including the studio’s debut title, “Warcraft: Orcs & Humans” in 1994, according to History Computer.

Millions of gamers have found this online gaming community to be nothing short of a haven for almost two decades, spending their time pursuing greatness through in-game questlines and countless hours of play. By continuously releasing a ton of content both inside and outside of the game, Blizzard Entertainment has maintained its devoted fan base. Board games, backpacks, and other paraphernalia are available for “World of Warcraft,” while the full-length film “Warcraft” was produced in 2016.

The game is so beloved by players that many even dress up as their favorite characters for occasions like Blizzcon, the yearly convention put on by Blizzard Entertainment. However, there are events in Warcraft’s past that have a negative impact on the overall happiness the game has long provided. This includes one occurrence that brought about his death.

It’s not unusual for gamers to play for extended periods of time, especially while playing MMORPGs. Popular games with an open-world design, like “World of Warcraft,” is ideal for players to immerse themselves in to advance through the levels and add more in-game material. However, one player lost their life following a protracted game of “World of Warcraft.”

Wu Tai, 24, of Shanghai, China, had been playing the game for 19 straight hours when he passed out. He wasn’t feeling well, and those next to him noticed. According to a remark from Hsin Lo, who was standing next to Wu Tai, “I suddenly heard him groan, and when I turned to see what had occurred, he was very pale and looked uncomfortable.

Wu Tai, 24, of Shanghai, China, had been playing the game for 19 straight hours when he passed out. Hsin Lo, who was next to Wu Tai, was quoted by the Mirror as saying, “Those next to him realized that he wasn’t okay.” “When I turned to see what had happened, he was very pale and appeared to be in discomfort. I had heard him groan out of the blue. He was wiping his mouth with a hankie that was stained with blood.”

Emergency services were contacted by other cafe clients, but Wu passed out and they were unable to revive him (per the Mirror). The public is unaware of the official cause of death. However, there are other health issues that may be connected to sedentary behaviors, including playing video games for long periods of time.

Long periods of inactivity without any breaks can be harmful to human health. The Mayo Clinic lists increased blood pressure, elevated cholesterol, and high blood sugar as possible adverse effects of routinely sitting for extended durations. Deep Vein Thrombosis is a different issue that can result from a sedentary lifestyle. Deep vein thrombosis (DVT) is described in another Mayo Clinic article as “occurring when a blood clot (thrombus) forms in one or more of the deep veins in the body, typically in the legs.” The likelihood of these blood clots developing increases after periods of inactivity.

Wu Tai’s death after a 19-hour “World of Warcraft” session is a tragic method to urge people to get up from their seats, even though it is unclear what exactly caused it. There are drawbacks to being inactive for extended periods of time, whether it’s for work, travel, or to unlock the next accomplishment in a video game. The suggested daily activity for an average adult is 30 minutes (via Mayo Clinic). This implies that gamers can still play for extended periods of time and still find unending enjoyment in games like “World of Warcraft.”

But with the cause of death never being fully released there are theories that he may have been poisoned at the cafe. Maybe someone in the WOW world was out to get him? What are your thoughts?