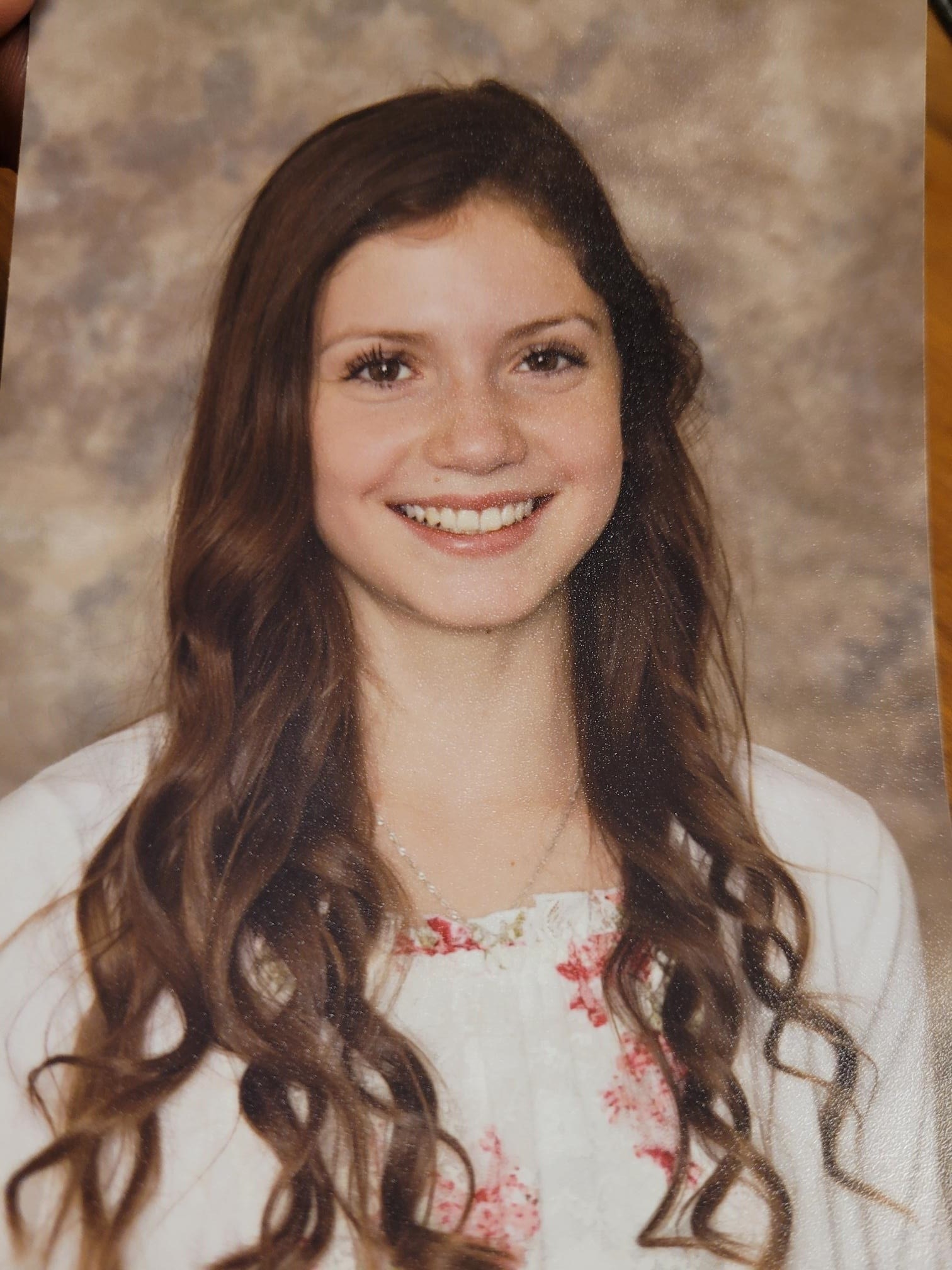 Ellenorah has a small crescent moon scar on her left jaw bone. She was last seen wearing a light-colored T-Shirt and knit pants. Possibly headed towards Concha, Arizona. Please contact Utah County Sheriff’s Office at 801-794-3970 or 801-789-6701 with any information.

Laundrie flew to Tampa, Florida, from Salt Lake City on August 17, according to Laundrie family attorney Steven Bertolino.Laundrie “flew home to obtain some items and empty and close the storage unit to save money as they contemplated extending the road trip,” 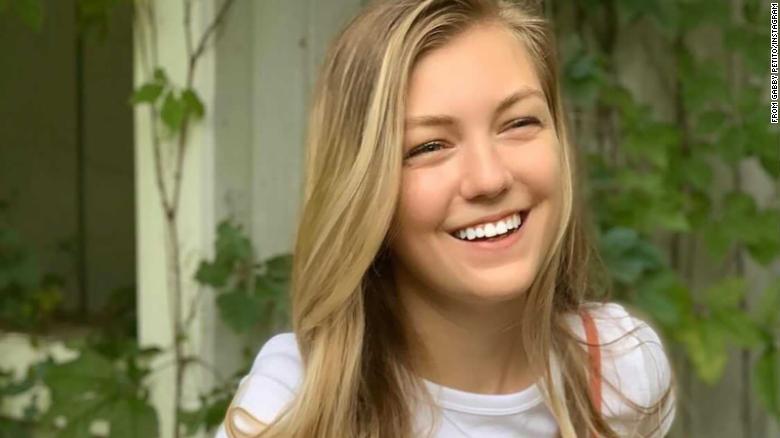 Petito and Laundrie embark on a cross-country trip, according to North Port Police Chief Todd Garrison, who refers to Laundrie as Petito’s fiancé. They planned to travel in Petito’s white Ford van to the West Coast and visit state and national parks across the western United States, Garrison says at a news briefing. She had been excited to share her journey with her family and others on social media, he says.”She maintained regular contact with her family members during her travels; however, that communication abruptly stopped around the end of August,” the police chief adds.

Moab, Utah, police have an encounter with the couple on August 12, where officers describe them as having “engaged in some sort of altercation.”Although the two are described as getting into a physical fight following an argument, “both the male and female reported they are in love and engaged to be married and desperately didn’t wish to see anyone charged with a crime,” a report from officer Eric Pratt says.

Bodycam footage from Moab police shows them talking with Brian Laundrie. At officers’ suggestion, the couple separated for the night, the report says, which describes Petito as “confused and emotional.”After evaluating the totality of the circumstances, I do not believe the situation escalated to the level of a domestic assault as much as that of a mental health crisis,” officer Daniel Robbins writes in the report. No charges are filed. The couple each had their own cell phones in case of emergency, the report adds. In a 911 audio recording from that day which was provided by the Grand County Sheriff’s Office, a caller tells dispatch he wanted to report a domestic dispute and described a white van with a Florida license plate. The caller said that as they were driving by, “the gentleman was slapping the girl.”Then we stopped,” the caller added. “They ran up and down the sidewalk. He proceeded to hit her, hopped in the car and they drove off.”

Petito’s family told police they were last in contact with her during the last week of August, North Port police say. Before that last communication, Petito is believed to have been in Grand Teton National Park in Wyoming, police say.

A timeline of missing 22-year-old Gabby Petito’s caseIn a news conference in September, Petito family attorney Richard Stafford says the family’s last communication with Petito was August 30, but they do not believe the message they received was from her. Stafford shares a timeline of events on September 17, as the family knows it:

Also in September, a woman publicly claimed that she and her boyfriend gave Laundrie a ride on August 29 in Wyoming — and that Laundrie claimed he’d been camping by himself for multiple days while Petito was at their van working on social media posts. In a series of videos posted on TikTok, Miranda Baker said she and her boyfriend picked up Laundrie that evening while he was hitchhiking in Colter Bay, Wyoming. Laundrie told them he had been camping at a site outside the Grand Teton National Park, near the Snake River, she said. Once Laundrie found out Baker and her boyfriend were going to Jackson Hole instead of Jackson, he got agitated, asked that the vehicle stop, and got out near the Jackson Dam, according to Baker. Baker said she spoke to law enforcement about the interaction. North Port police confirmed to CNN that Baker spoke with the department before posting the videos on TikTok.”Her account is plausible, it appears,” North Port police spokesperson Josh Taylor said. CNN has not been able to independently verify Baker’s claims.

Laundrie returns to the couple’s North Port home, where his parents also live, on September 1, according to police. According to an affidavit attached to a search warrant request, a license plate reader shows the vehicle exited Interstate 75 into North Port at 10:26 a.m. ET. The white vehicle Petito and Laundrie had been traveling in were later recovered by police at the home. It was processed and “there was some material in there” that authorities will be going through, Taylor, the police spokesperson, says at a news briefing.

After not being able to get in touch with her, Petito’s family — who lives in New York — reports her missing to the Suffolk County, New York, Police Department. North Port authorities go to Laundrie’s home that night and ask to speak to him and his family, but “we were essentially handed the information for their attorney,” Taylor, the police spokesperson, says.”That is the extent of our conversation with them,” Taylor says.

In a letter read by the Petito family attorney during a news briefing held by police, the missing woman’s family begs for Laundrie’s family to help in the investigation.”Please, if you or your family have any decency left, please, tell us where Gabby is located,” Stafford says. “Tell us if we are even looking in the right place. All we want is for Gabby to come home. Please help us make that happen.”He says Petito’s family reached out to Laundrie’s family earlier in the month for information on Petito’s whereabouts, but his family refused to answer.”We haven’t been able to sleep or eat, and our lives are falling apart,” the Petito family’s letter adds.

After several days of both Petito’s family and the police pleading with Laundrie’s family to cooperate in the investigation, Laundrie’s family requests that the police come to their home, where they share they haven’t seen Brian since September 14, according to Taylor, the police spokesperson.”We’ve been trying all week to talk to his family, to talk to Brian, and now they’ve called us here on Friday, we’ve gone to the home, and they’re saying now they have not seen their son,” Taylor tells CNN’s, Chris Cuomo. “It is another twist in this story.”Laundrie family attorney Steven Bertolino tells CNN “the whereabouts of Brian Laundrie is currently unknown. The FBI is currently at the Laundrie residence removing property to assist in locating Brian. As of now, the FBI is now looking for both Gabby and Brian.”Local and federal authorities kick off a search for the 23-year-old man.

North Port police say authorities are conducting a search for Laundrie at the Carlton Reserve, a natural area with more than 80 miles of hiking trails in Venice, Florida. Roughly 50 law enforcement officers from five local agencies and the FBI are searching for Laundrie, Taylor, the police spokesperson, says at a news conference, adding that Laundrie has an “enormous amount of pressure” on him to provide answers to what’s going on. Meanwhile, the FBI announces the agency and its partners are also conducting ground surveys in Grand Teton National Park that are relevant to Petito’s disappearance. The national park is where Petito is believed to have been before her last communication with her family, police have previously said.

Human remains discovered in Teton County, Wyoming, are “consistent with the description of” Petito, FBI officials say in a news conference.”Full forensic identification has not been completed to confirm 100% that we found Gabby, but her family has been notified of this discovery,” Charles Jones, FBI Denver’s supervisory senior resident agent in Wyoming, says.

The parents of Brian Laundrie are questioned at their home by the FBI. Christopher and Roberta Laundrie are escorted from their home and return after federal agents executed a search warrant, according to Taylor, the North Port police spokesperson. Authorities search the home for hours. Police say they have exhausted search avenues at the nature reserve and the search area has shifted.

The Teton County coroner confirms the human remains found Sunday in the Bridger-Teton National Forest were those of Petito, according to the FBI.” The cause of death remains pending final autopsy results,” the FBI said.

On August 12, Moab Police were called to a reported domestic problem in which a “male had been observed to have assaulted the female” near the Moonflower Community Cooperative. Petito and Laundrie were said to have left the scene in a van after “some sort of altercation.” One officer says he was able to catch up to the van as it neared the entrance to Arches National Park.