My name is Darron and I am a surviver of Gun Violence. I was 13 years old my brother was 15 years old me and him got into an argument he was having bad day at school and I told him that it wasn’t a big deal and then one thing led to another and he somehow got into my dads gun safe and brought it out to the living room pointed it at me and asked me if I wanted him to tell him it was a big deal again? I told him to put it away and stop playing. He instead shot me in the arm I really don’t think he meant to hit me I think he meant to just scare me I am not even sure if he knew it was loaded. He called 911 right away and paramedics came to the scene right before the paramedics came he was saying how much of a awful person he was and he can’t do anything right and no one would care if he died. I was really upset and in pain from being shot. I remember calling him a fucking idiot and he was right no one would miss him. I remember him putting the gun to his own head and him threatening to kill himself I told him no one would care you should do it to see how it feels…. well he did just that he shot himself right in front of me. I live with this every day with knowing that I was the cause of my own brothers death. Now I have a strong feeling about having guns in the home especially with teens in the house.

SadWtch on Reddit Not as scary as some other things, obviously since I’m here writing this comment, but when I was 18, after living in my own place for about 4 months my next-door neighbor pried my garage door open and came into my bedroom in the middle of the night, I woke up and he was sitting on my bed watching me sleep, I managed to fight him out of my house by pushing him down the stairs- I called the police but he was gone before they got there- turns out he had a long history of sexual assault and domestic abuse- they found him later and his excuse was “I thought it was my house” (my house has a garage and a second story he had to climb to get to my room, his house has no garage and only one floor) he then ran off to Colorado and then I guess got into an accident and broke his pelvis.

Honestly, even though it’s no where as bad as it could’ve been, it made me very cautious, I pay attention to people I think are acting weird, and I have mild ptsd from it, at night the smallest noise or weird sound will wake me from a dead sleep. I think the biggest thing it taught me was that you’re not even safe in your own house and you gotta be aware of what’s going on around you, had I taken half a second longer to process what was going on, the whole thing may have turned out very differently

This one night I knew it wasn’t fireworks I’d heard, but I held out hope that no one was hurt. About 20 minutes after the first shot, we were about to fall asleep when we heard another one, this shot much louder. Remy got up, looked out the window and said, “We should go downstairs.”

She unlocked the front door and walked onto the porch. I followed. Cold air blew through the window screens. Just down the street, a woman spoke on the phone, her voice shaky but purposeful as she said, “He’s been shot.” A wail of sirens pierced the night, and, within two minutes, an ambulance and multiple police cruisers pulled up. Remy and I went back inside, not wanting to gawk. Back in bed, we watched blue and red lights dance across the ceiling.

The next morning, Remy told me that our neighbor died just after getting rushed to the hospital. It’s been a month since the shooting, and I still haven’t comprehended the fact that someone murdered him. I’d seen him walking to and from his car but had never met him. Remy also said that the first boom was indeed a gunshot—another shooting happened just a few blocks away. Thankfully, that victim only suffered a relatively minor injury to his upper arm. Multiple police cruisers were still parked outside our neighbor’s house. Yellow crime-scene tape cordoned off the area where the man was shot.

Amy: Guys I know your biased against the name Frank and I wanted to tell this story. I was a very confused and angry teenager. I was afraid, alone, and ashamed. I had been suffering abuse at the hands of my father since I was six years old.

I was terrified of my father.  He had complete control over me. He had verbally, physically, emotionally and sexually abused me on a regular basis. He convinced me that it was my fault, that I deserved this treatment. I was silent about the abuse, believing what my father had said: “no one would believe a child over an adult”.

I felt that no one would understand or believe an upset teenaged girl’s story of ongoing sexual and physical abuse. Confiding in my dear friend Lisa was the first step on my journey to the life I have today.

Lisa convinced me that going to the police was the right thing to do.  It was the only way to end the abuse and stop my father from hurting others.  Hand in hand we walked into the police station.  Filled with terror and shame, I waited to tell my story.

This is the moment when my life changed forever.  This is when ‘my hero’ Frank walked into my world and saved my life.

Frank was a police officer who, at first glance, made me feel safe and understood.  Above all else, he believed me.  He was comforting and waited for me to be ready to open up with my story.

After that night Frank went above and beyond the call of duty.  He tracked down other victims of my father’s hateful acts and collected victim impact statements to be used in court.  Because of Frank’s persistence and dedication, my father was declared as a ‘dangerous offender’.

Coming forward was a very emotional and stressful time in my life.  I did second-guess myself and, out of fear, changed my mind.  Yet in the end, Frank was my voice of reason. He was always supportive, understanding and never judging, which was one of my biggest fears of coming forward.

It has not all been smooth sailing. There have been many ups and downs. I have battled my demons, with suicide attempts, depression and anxiety problems. Through it all Frank has been my guiding light letting me know there is hope.

Now, I have a wonderful husband, beautiful daughter and an amazing son. All because one police officer went out of his way to help a scared, ashamed young girl who thought no one would believe her.

Recovering from such a long, traumatic childhood of abuse has been very difficult. I have a great support team though, lead by My Angel, My Hero, Frank.  Without the love and support of Frank and my husband Trevor, I would not be where I am today. Alive and happy. 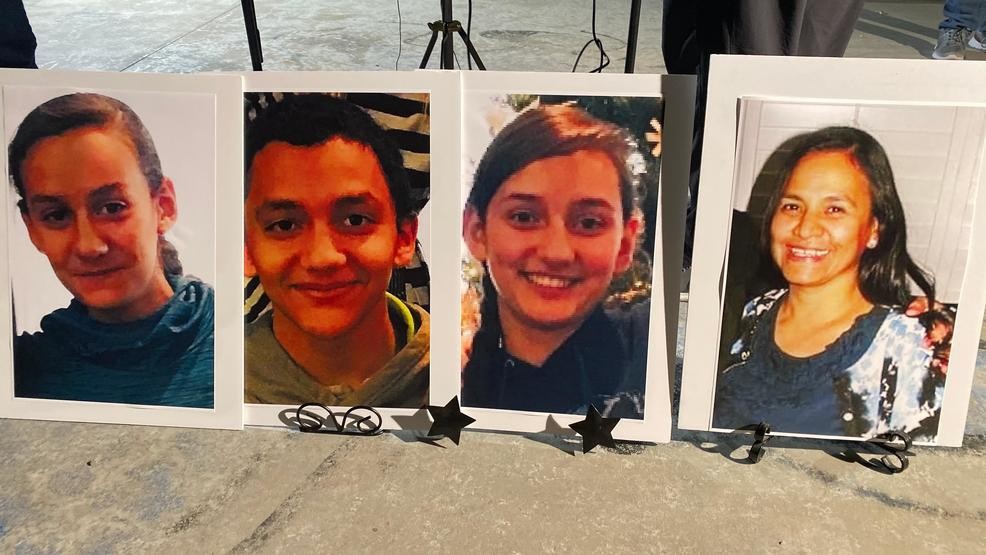 “Criminal charges have been filed against Colin Jeffrey (CJ) Haynie, age 16, for the killing of his mother, Alejandra, and his three siblings, Alexis, Mathew, and Maylan, as well as for the attempted killing of his father, Colin. CJ Haynie has been charged with four counts of Aggravated Murder, one count of Attempted Murder, and five counts of Felony Discharge of a Firearm

A fifth victim and father of the family, Colin Haynie, 50, was also shot, but he survived and has been released from the hospital. Police declined to say the injuries he suffered. The alleged shooter did not suffer injuries.

7pn neighbor took son and father to the hospital