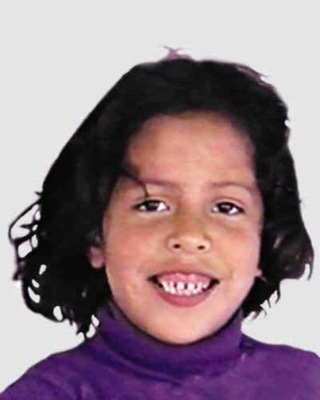 Two churches are within sight of her home, and Nevada’s oldest women’s club is directly across the street. The family didn’t live in a cul-de-sac hidden behind high walls and a gate, but their windows weren’t sealed off with steel bars, either.

Sister Rosie was 15 when she went missing

Karla Rodriguez wasn’t afraid to be a kid in this neighborhood, and her busy, yet loving, parents weren’t afraid to let her.

Seven-year-old Karla was last seen at approximately 7:00 p.m. on October 20, 1999 in the 800 block of Bonita Avenue in Las Vegas, Nevada. She went to visit a neighbor’s son to play with him, but the neighbor told her to go home because it was getting late.

Karla played outside alone for about fifteen minutes before leaving on her bike. The location was two blocks from her family’s home and also near the Stratosphere Tower in downtown Las Vegas. She never returned to her house and has not been seen again.

Karla wasn’t reported missing until the next morning. Her father spoke to the neighbor who saw Karla, assumed she must have gone to another friend’s house, and went home to bed.

Principal was the first one to report her missing

The next morning, when Karla still wasn’t home, her mother called the school to see if she’d gone there for classes and the school principal called the police at this time.

Karla’s disappearance was originally thought to be linked to a debt her parents owed a former brother-in-law.

A few months before Karla disappeared, the brother-in-law came to Las Vegas and demanded to be repaid. The family gave him $1,000, but he said that was only the interest and he wanted more money. It was theorized that the man abducted Karla in attempt to extort money from her parents, but he has since been ruled out as a suspect in her case.

Investigators now believe Karla was taken by someone outside her family. As of 2020, her disappearance remains unsolved.

Karla is described as a Hispanic female with black hair, brown eyes, is 3’5 and weighs 49 pounds. She has moles above her right eyebrow and on her lower lip near the right corner of her mouth; her teeth are unevenly spaced with wide gaps between them which have visible cavities. She has also a surgical scar on her abdomen.

Karla was last seen wearing a black jacket, a blue & white striped shirt & red pants, and her fingernails were painted green. She speaks Spanish and limited English. She also has an unspecified medical condition and may be need of medical attention.

Her father noticed Karla wasn’t home from school that afternoon, but he thought she might be playing with neighborhood friends, Holley said. The family lived near the 700 block of East St. Louis Avenue, a residential area south of downtown.

Her father saw Karla’s bicycle home at 3 p.m., but the bike was gone two hours later, Holley said. Her father knocked on neighbors’ doors at 10 p.m. when she still had not returned home, Holley said.

One neighbor told the father the girl had stopped by at about 7 p.m. to see if the neighbor’s son could play, Holley said. When the neighbor said no, Karla lingered in their front yard for about 15 minutes before leaving, Holley said.

The girl’s father assumed she was spending the night at a friend’s house, Holley said. But when Karla’s mother couldn’t find her the next morning at John S. Park Elementary School, the principal reported her missing to police, triggering a massive hunt, Holley said.

Two bloodhounds traced Karla’s scent to an apartment complex about a half-mile from her home, but no “items of evidence or value” were found at the complex

On Wednesday, Salinas recalled that Karla’s disappearance seemed off from the beginning. Another family was living in the home off of St. Louis Avenue, but even with 10 people inside, no one seemed to look after Karla consistently.

“Dad didn’t call us. Mom didn’t call us. It was the principal of the school that called us. Those kind of situations really give me concern,” Salinas said, later adding that he thought Karla “fell through the cracks.”

Although nothing can be said for sure, and no suspects have been eliminated, police think a stranger took Karla.

Detectives think it was a stranger who abducted her

or Ramone which was the brother in law a few months before she went missing he said he was going to start a business in Mexico so the parents of Karla decided to help him out they agreed to go in on this business with him he came down to las vegas a few months before she went missing and they gave him a thousand dollars. It is a theory that he took Karla to extort money as a randoms but a ransomed never came. They cleared him

Could Raomne of taken her to Mexico

Kyle Bell escaped prison October 13 he murdered a 11 year old girl in 1993 on a Bus headed from North Dakota to Arizona they stopped to get gas He was a suspect but he was ruled out due to they couldn’t prove there was movement in Las Vegas at the time.

Her bike went missing with her they never found it.

No body has been found, so retired and current officers hold out hope that Karla is still alive somewhere. Metro has started searching for Karla in databases through her parents’ DNA, a new process that law enforcement officers across the country have started using.

The FBI has searched for Karla in Mexico multiple times to explore theories that her extended family might have taken her.

“There’s where the hope is that she’s still alive,” Salinas said. “Maybe with the DNA we may be able to find her.”

“Or the abductor, for whatever reason, has kept her alive,” Long added. “We don’t know. There’s never been a resolution.”

Dozens of suspects have been quietly investigated over the years, Long said. He and Miller plan to re-interview family members and send more forensic evidence to be tested, although neither said what that evidence is.