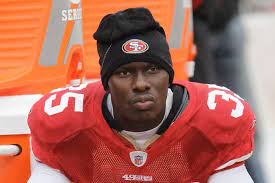 Former NFL player Philip Adams was charged with killing 6 people and then he killed himself.

including a prominent doctor, his wife, and their two grandchildren, before later killing himself, authorities said Thursday.

Authorities have said they think the motive was that Dr. Robert Lesslie stopped Philips medication it is unclear what the medication was.

Dr. Robert Lesslie, 70, and his wife, Barbara, 69, were pronounced dead at the scene Wednesday, along with their grandchildren Adah Lesslie, 9, and Noah Lesslie, 5.

Robert Lesslie was an ER doctor and was well-loved and even wrote a few books.

A man who had been working at the home, James Lewis, 38, from Gaston, was found shot to death outside. A sixth victim, Robert Shook, 38, of Cherryville, North Carolina, was flown to a Charlotte hospital, where he was in critical condition “fighting hard for his life,” said a cousin, Heather Smith Thompson he is still in critical condition as of now.

Two 9-1-1 calls were made. The first from an HVAC company that employed Lewis and the other person doing work at the Lesslie home. One of them, the caller said, had called him “screaming” and saying that he had been shot and that his co-worker was shot and “unresponsive.”

“I think there’s been a bad shooting,” a different man said in a second 911 call, saying he was outside cutting his grass and heard “about 20” shots fired at the Lesslie home before seeing someone leave the house.

Evidence left at the scene of the shooting led them to Adams as a suspect. He said they went to Adams’ parents’ home, evacuated them and then tried to talk Adams out of the house. Eventually, they found him dead of a single gunshot wound to the head in a bedroom, he said. Adams was 32.

a .45 and a 9mm handgun were used in Wednesday’s shooting.

Philips had been treated by Lesslie, who lived near his parents’ home in Rock Hill, according to a person who was briefed about the investigation and who spoke on condition of anonymity because he wasn’t authorized to speak publicly.

Lesslie had worked for decades as an emergency room doctor, board-certified in both emergency medicine and occupational medicine, and serving as emergency department medical director for nearly 15 years at Rock Hill General Hospital, according to his website.

Adams played in 78 NFL games over six seasons for six teams. He joined the 49ers in 2010 as a seventh-round draft pick out of South Carolina State, and though he rarely started, he went on to play for New England, Seattle, Oakland and the New York Jets before finishing his career with the Falcons in 2015. he had two concussions over three games in 2012.

He was charged with simple assault and battery in 2009, and was acquitted of the charge in a bench trial, according to South Carolina court records.

He was also convicted of several York County traffic charges, including driving under suspension and failure to maintain proof of insurance. These two charges make police say this was not CTE but because Dr Lesslie wouldn’t refill his medication.

Whether he suffered long-lasting concussion-related injuries wasn’t immediately clear. Adams would not have been eligible for testing as part of a broad settlement between the league and its former players over such injuries, because he hadn’t retired by 2014.

Chronic traumatic encephalopathy (CTE) is a progressive and fatal brain disease associated with repeated traumatic brain injuries (TBIs), including concussions and repeated blows to the head.

Philips’ father told a Charlotte television station that he blamed football for problems that might have led his son to commit Wednesday’s violence. He said he wasn’t acting right and that he was anxious, he was muttering to himself and kept inside a lot his father remarked that some days he just didn’t feel like himself so he would keep to himself a lot.

Deputies were called around 4:45 p.m. Wednesday to the Lesslies’ home, which is far up a driveway from an arched stone gate, and not visible from the road. They evacuated the neighbors as they spent hours searching for a suspect with police dogs.

Allison Hope, who lives across from the Adams’ modest one-story brick home, about a mile down the road from the Lesslies, said police allowed her to return home around 9 p.m. Wednesday. Moments later, a vehicle pulled into their driveway and law enforcement quickly surrounded the property.

She said they spent hours negotiating with Adams, using a loudspeaker and sending in a robot to scan the house. She said authorities repeatedly asked Adams to come out, and promised to get his disabled mother out safely, before Adams shot himself.

“This is something I can’t grasp yet. I can’t put it all together and I’m trying to, and I witnessed it,” Hope said. “I feel bad for him because if it was mental or something going on in his life or whatever, you know, he needed help, and that’s the sad part.”

Former Cowboys cornerback Kevin Smith, who trained Adams leading up to the 2010 draft and after he entered the league, said he was a hard worker. He and Casterline both said Adams had opened a shop selling smoothies and juice before COVID-19 hit, and they emphasized Adams didn’t drink or do drugs.

“He didn’t drink not one bit of alcohol,” Smith said. “He was a bit of a neat freak. In his house, everything was precisely placed.”

the first evidence of CTE in an American football player: former Pittsburgh Steeler Mike Webster. The film Concussion with Will Smith in it does a good job of explaining this terrible dessease.

They can’t even tell if you have CTE until after you die.

So what happens is your human brain can get a concussion at 60 G’s a football player on average hits at 160 G’s per blow. Which then causes the brain to become loose from the head making it float and cutting off the nerves to the brain. It’s like pouring wet concrete down a sink drain making them unrecognizable.

Terry Long also had CTE he ended up threatening to kill his wife and kids and then took off in his car and drank a gallon of antifreeze before setting himself on fire.

Much is still publicly unknown about what kind of medical treatment Adams may have received, or what relationship Adams had with Dr. Robert Lesslie, one of the six people who were murdered. Lesslie was a prominent local physician who specialized in emergency and occupational medicine.

They think the people who are most likely to be effective is sports players such as Football, Hockey, and Soccer as well as Military personal.

Philip Adam’s family has decided to donate his brain to find out if CTE was the cause of this outburst. This can take about 4 months to get back.

The NFL owns Nuro science they say that they can not get brain damage from football. They tried to get CTE to be told it wasn’t real.

“His mental health degraded fast and terribly bad,” she said. “There was unusual behavior.”

The disease has also been tied to memory lapses, loss of focus, and problems following directions and handling everyday chores. But researchers have found only associations, not causal links, between the disease and the many apparent symptoms.

It remains difficult and perhaps impossible to determine a motive after a suicide because so many factors can play a role, including persistent mental distress and drug use. Adams does not appear to have left a note that tried to explain his motives, and such messages are often considered unreliable.

Among individuals diagnosed with CTE, some report mood and behavior symptoms that can appear as early as the patient’s 20s. Common changes seen include:

Most patients with CTE eventually experience progressive problems with thinking and memory, including:

Cognitive symptoms tend to appear later in life, often in a patient’s 40s or 50s. Patients may exhibit one or both symptom clusters. In some cases, symptoms worsen with time (even if the patient suffers no additional head impacts). In other cases, symptoms may be stable for years before worsening.

A 2020 study from the VA-BU-CLF Brain Bank suggested that problems with sleep, specifically symptoms associated with REM behavior disorder, may be related to CTE pathology. Watch the study’s corresponding author describe the findings by clicking here.

Police believe there is new evidence that Philp was trying to start a new religion or Cult because of some cryptic messaging. These messages have not yet been released to the public.

to Det. D. Askew’s summary of the April 9 search, “Numerous notebooks were located with cryptic writing with different designs and emblems.”

“Detectives had also learned that Phillip Adams had been acting differently and possibly following a new religion or ideology,” the detective wrote.

Theories that Dr. Leslie had something to do with this religion or cult has been circling around but the police have not found any evidence that Dr. Leslie was involved yet.