A 12-year-old girl shot her father then turned the gun on herself after making a pact with a friend to murder their families and run away together, Texas officials said.

For weeks, the girl and her pal had planned the brutal murder plot, which included killing their families and even their pets before driving off together to Georgia, according to the Parker County Sheriff’s Office said.

Her friend, however, never went through with the plan, authorities said.

Police responded to a residence in Weatherford, about 30 miles west of Fort Worth, around 11:30 p.m. Tuesday after receiving a report of a shooting.

When they arrived they found the girl lying in the street beside a handgun with an apparent self-inflicted gunshot wound to the head.

The girl’s father, 38, was inside with a gunshot wound to the abdomen.

Both were taken to local hospitals by air ambulance. Their current conditions are unclear.

Investigators discovered that after killing her father, the 12-year-old girl planned to drive to pick up her female friend all the way in Lufka, Texas — roughly 230 miles away — before running away.

The girl from Lufka has been charged with criminal conspiracy in the murder plot, police said.

Their motives remain unclear. Police said information on the case would be limited as the suspects are minors.

Officials said the juvenile suspects have not been identified due to their age, and were withholding the identity of the adult victim to protect the children. 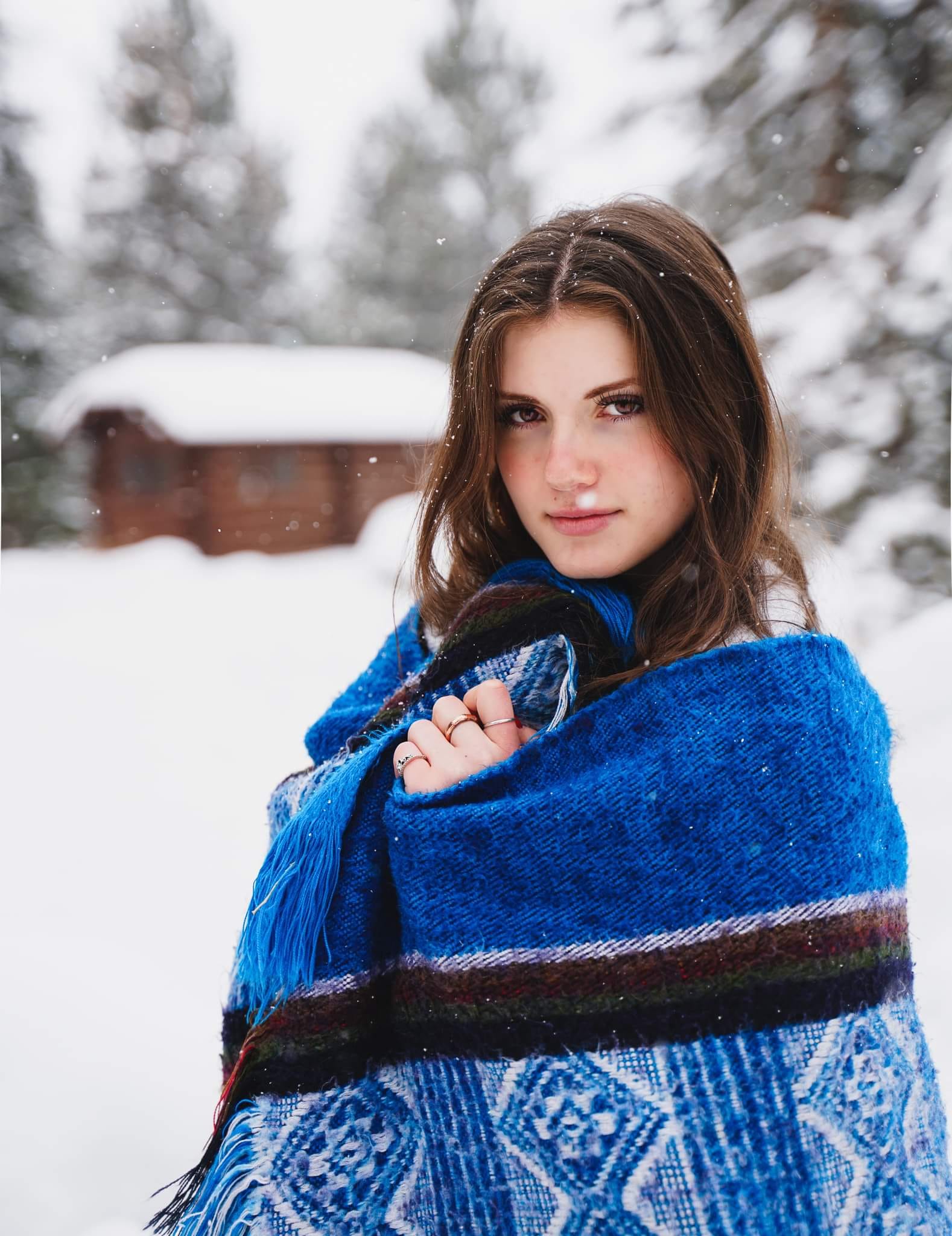 Ellenorah Ethel Thompson Has been found alive and safe. She was running away from an abusive home and now is in a safe place. 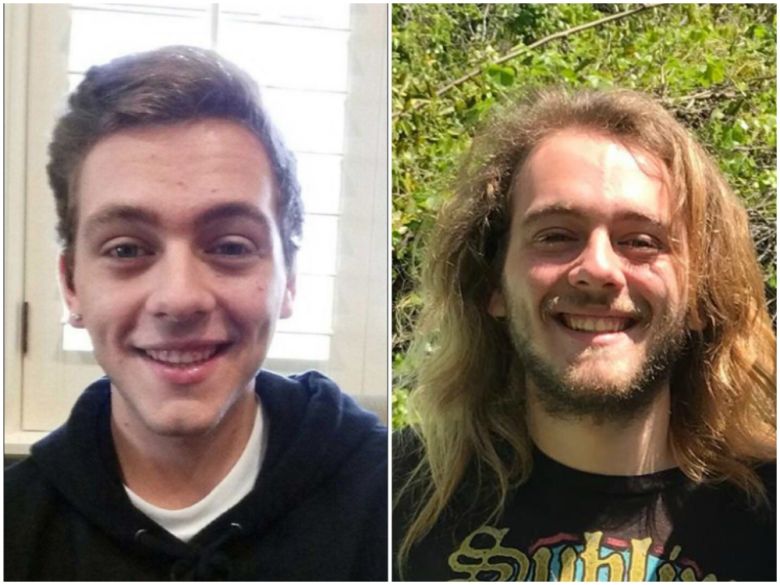 Why this missing person came home

This episode is on Aubrey Carroll so for your birthday Aubrey I wanted to do something a little light-hearted so I am doing something a little different today. Now I won’t give you any spoilers but this story actually has an ending.

Imagine, You go into your teenage son’s room to wake him up for school, and he’s not there. What’s worse, his bed is still made. What follows is every parent’s nightmare: calling the police, searching, and the sinking feeling you get when something maybe horrifying has happened. It’s a feeling one family knows all too well.

When a 15-year-old boy disappeared from his hometown without a trace in 2016, his family was left in agony over the mystery and loss. Their search efforts felt futile until the police resorted to the one tool that broke the whole case wide open…High school can be the most trying and formative years of a person’s life. The pressure from peers, family, and teachers mold you into the person you will become. Fifteen-year-old Aubrey Carrol was facing all of this and more.

Aubrey’s parents had recently gone through a divorce that resulted in Aubrey moving to Spalding County, a town about an hour away from his childhood home. Aubrey started a new school and was soon making friends. It seemed he was settling in. But custody battles kept things turbulent, and before the school year was over, Aubrey was forced to move back in with his father, Michael, in Jones County. To keep a little consistency in Aubrey’s life, it was agreed that he would finish out the school year at Spalding.

This meant that every day Michael drove over an hour so that Aubrey could catch the bus for school. With all this extra travel, Michael had to be strict about how much social time he allowed his son. This proved difficult for Aubrey as he was very socially spirited. Aubrey was feeling unhappy and restless with these new limitations. In mid-May he acted out in what Michael reported was just a minor incident. Nonetheless, he found himself in trouble with the authorities. This trouble, it turned out, was only foreshadowing the big ordeal his family would encounter just days later.

On the morning of May 24th, 2016, Michael dropped Aubrey off at the bus stop as usual. This would be that last time he saw his son because later that afternoon when Aubrey’s stepmother, Leah, arrived to pick him up after school, there was no sign of him.

Aubrey was supposed to take exams that day, which he had apparently completed. It was clear that he attended school, but after that, the trail went cold. Even his friends claimed they had no idea of his whereabouts. Michael reported his son missing to the police. He refrained from relaying Aubrey’s disappearance to his mother in Spalding because he was sure it was just a classic teenage runaway case. Michael was certain Aubrey would return home soon enough.

As days turned to weeks, there was still no sign or trace of Aubrey anywhere. Michael’s concerns grew to fears and Aubrey’s mother, Danielle, was beginning to get suspicious. As January approached, there were still no leads on locating the boy. Aubrey’s birthday came and went and his family was imagining the worst. In a desperate and more aggressive pursuit, the police issued a missing person poster with a $5,000 reward in hopes that would coax out more information.

Despite the tireless efforts of Aubrey’s family and the police, it seemed that Aubrey had fallen off the face of the earth. His family never stopped searching, but everything felt grim as the days continued to pass. Then, on April 10th, 2018, almost two years after his disappearance, the police made a breakthrough.

“Hey, my name is Aubrey Carroll. It’s nice to see y’all,” Aubrey says in a video, posted on the Spalding County Sheriff’s Facebook page. Aubrey, 17, was last seen on May 24, 2016 at Spalding High School in Griffin, Georgia.

“I’d like to tell y’all — thank y’all so much for all your prayers and looking out for my mama. I appreciate y’all so much,” Aubrey continues. “I’m all right. I’m OK. I’ve been smiling, and y’all should do the same.”

Captain Dwayne Jones told Dateline that investigators from the Spalding County Sheriff’s Office (SCSO), FBI and the Griffin Judicial Circuit District Attorney’s Office met with Aubrey’s parents on April 10, 2018 to brief them about the progress of the investigation.

“[We] showed them pictures of Aubrey and shared with them a Facebook page that he had launched under an assumed identity,” Sheriff Darrell Dix said in a Tuesday press release by the SCSO. “We also found out that over the time since Aubrey left he had no less than five (5) personal contacts with law enforcement agencies ranging from Alabama to Arizona under his assumed identity.”

The release said authorities had learned through the investigation that Aubrey had traveled extensively on the west coast and in the midwest, becoming “a part of a group of people who live by bartering, operating with cash only, and traveling from state to state.”

“They basically looked like a group of people from the Woodstock era in their clothing and lifestyle,” Sheriff Dix said.

Sheriff Dix said law enforcement and Aubrey’s parents mutually decided not to reach out to the teen until he had another encounter with law enforcement for fear that Aubrey would disappear again. Since he is now 17 years old, and no longer a juvenile, there was no lawful way to force him to come back to Georgia.

“He had a support group that he was with and all indications were that he was happy and was thriving,” the release says. “He did not appear to be in any danger.”

Following that meeting, though, the release says that one of Aubrey’s family members decided to reach out to him anyway.

“One of those family members went out on a limb and sent Aubrey a message and Aubrey responded. That family member explained what was happening and was able to convince Aubrey to call his mother,” Sheriff Dix said. “Aubrey called his mother and told her that he was ready to come home; however there were certain conditions that he wanted in place such as who he would talk to and where he would go when he got home.”

Aubrey’s mom contacted authorities Monday night to say Aubrey was safe and with her. Lt. Mike Morris and Sheriff Dix met with Aubrey the next morning to talk about his disappearance.

“He told us that he left on his own, and had not been abducted, hurt, abused, exploited, or harmed in any way,” Sheriff Dix said in the release. “We sat for quite a bit of time with him and listened to his story. His tale was absolutely amazing. He has seen and done things that make your jaw drop.”

In June 2017, about one year after Aubrey’s disappearance, Dateline spoke to Aubrey’s father, Michael Carroll, who recalled taking his son to the bus stop for school on the morning of May 24, 2016.

“I dropped him off that morning and everything seemed fine,” Michael told Dateline.

When Aubrey’s stepmother Leah went to pick him up from the bus stop that afternoon, however, he wasn’t there. After attempting to contact some of Aubrey’s friends on social media, Michael reported him missing.

Investigators from the Spalding County Sheriff’s office told Dateline that had Aubrey left school that afternoon with his friend David Rutledge. The next morning he reportedly showed up at his friend Camron McCree’s house, but was not allowed to stay there. In June of 2017, Aubrey’s family told Dateline that Camron’s mother had said she asked Aubrey to leave when she learned his parents were looking for him.

He then reportedly asked friends for a ride to the nearest Flying J Truck Stop. Investigators say he was in contact with friends in Gary, Georgia on May 26th, but no one had seen or heard from him since.

When Aubrey first disappeared, his father and investigators believed that he would likely return on his own. But when time passed and Darrell Dix took over as Spalding County Sheriff in January 2017, Aubrey’s family contacted him about the case. Aubrey was even listed on the FBI’s missing persons site and was believed to be endangered.

“We decided to go back to the beginning and re-interview the witnesses, re-investigate any clues and completely rebuild the case,” Sheriff Dix told Dateline in June of 2017.

A new investigator, Todd Hendrix, was also assigned to the case. While investigators told Dateline they had no reason to suspect foul play, the Sheriff’s Department offered a $5,000 reward for anyone who could put them in contact with Aubrey.

“Initially, we believed he ran away,” Sheriff Dix said. “But then we don’t know what happened.”

Now, authorities and family members are just glad to know Aubrey is safe.

“How the story ended doesn’t matter, who gets credit doesn’t matter,” Sheriff Dix said. “Aubrey’s family, supported by friends and the tenacity of the investigators working on this case saw this through to the end. What matters is that he is safe, healthy and unharmed.”

So this story has a happy ending and who knows how many other happy endings there are out there waiting to be exposed.