Could Robert Durst or Ted Bundy be responsible? 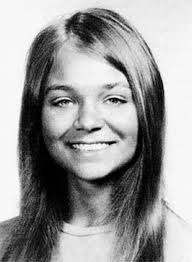 Could Robert Durst or Ted Bundy be responsible?

Lynne was last seen leaving her dormitory on the Middlebury College campus in Middlebury, Vermont on December 10, 1971, the first day of final exams before Christmas break started. She apparently stopped at a local health food store, All the Good Things, and bought dried prunes, and was seen eating them outside the store at 12:30 p.m. She said she was going to take a bus to New York, but the bus had already left.

Lynne returned to campus and was seen in her dormitory. She left her room at 12:55 p.m. She was on her way with her friends to take a final exam in her English Drama class when she said she had forgotten her favorite pen and was going to go back to get it. The exam was scheduled for 1:00 p.m.; she never showed up.

She had signed up for classes next semester why would she do that if she was just going to run away?

At 2:15 p.m., Lynne was seen standing on Court Street, across the street from All the Good Things eating a bag of prunes that she bought at the all good things store and the bus stop where she’d been earlier. This is the last time anyone ever saw or heard from her.

Lynne had mentioned the idea of faking her own death and starting life anew prior to her disappearance, but her friends did not take her seriously. In the letters she wrote frequently to family and friends back home, she admitted she felt homesick and had considered withdrawing from school. However, she never indicated she was planning on dropping out of sight or leaving college before the autumn term was over, and she did register for spring semester classes.

At first it was speculated that perhaps she had ran off the New York as she had told the fellow student while standing at the bus stop that afternoon. She talked about how awesome it would be to go to New York and she just wants to run away there.

She left her identification, checkbook, and all her personal belongings behind when she vanished. She may have been carrying $30 in cash with her. Campus security was alerted to her disappearance two days after she was last seen, but her sisters were not notified for a week. It is worth noting that she did not have a car so she often took the bus or got a ride with someone she knew or hitchhiked.

Her bike was missing but it was later discovered that she let her boyfriend use it and it was in his dorm. It wasn’t unusual that they shared the bike.

Her sister says that for her to leave two weeks before Christmas was just not like her yes she talked about having a new life and being someone else but don’t we all wish that especially when you are a struggling young woman in college?

Her relatives don’t believe she was unusually distressed. She took her English Drama class seriously, had perfect attendance, and studied hard for the final exam she never attended. Although her academic performance at Middlebury wasn’t as good as it had been in high school, she wasn’t failing any classes.

There were several possible sightings of Lynne after her disappearance, but none of them were confirmed. Several people made confessions of involvement in her case, but all of their statements turned out to be false.

Little evidence is available as to her fate, but Lynne’s disappearance is considered suspicious and her family believes she died shortly after she was last seen.

She was a freshman at Middlebury in 1971 and lived in Simsbury, Connecticut when she was not at college. Lynne enjoyed writing at the time of her disappearance and had kept a journal during her senior year of high school.

In 2015, authorities announced they were looking at Robert Durst as a possible suspect in Lynne’s disappearance. He and his wife, Kathleen, owned All the Good Things in 1971.

So we have this theory that Robert Durst did it but something that I don’t see being said is what about Ted Bundy? He was in the area in December of 1971 in Vermont his birthplace is only 45 mins from her school she would have been the right age and had brown hair which so did all of his victims. There is an unconfirmed Murder and rape of a woman just 12 miles from Lynne’s school and this happened on January 24 1971 Rita Patricia Curran, a 24-year-old elementary school teacher There is nothing that for sure puts him in Vermont at that time but that time is determined to be unaccounted for on the timeline of Ted Bundy.

Robert or his wife Kathie were never questioned on Lynne’s case years later police try to question Robert Durst will not comment on the case and his lawyers have told police they don’t have enough evidence to question him.