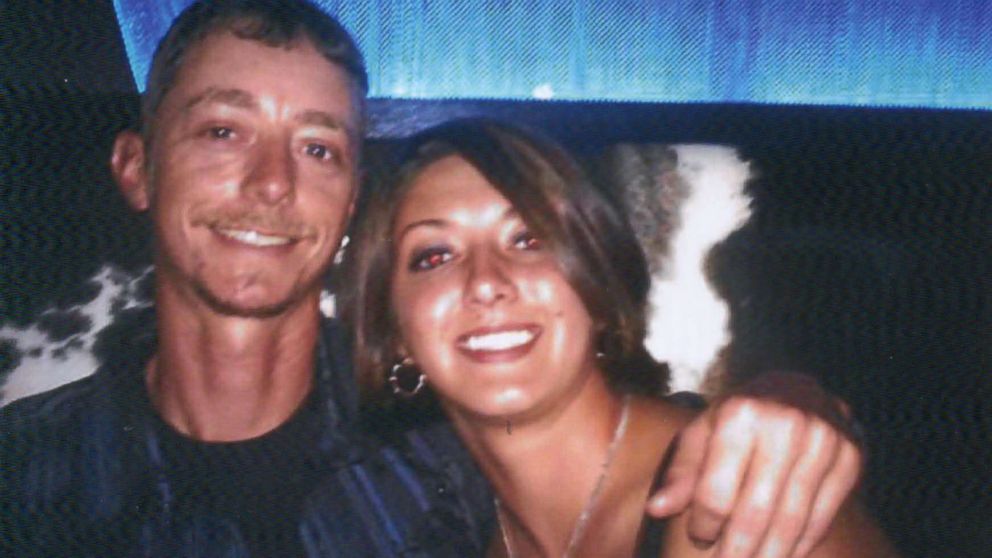 a caller calls 911 frantic she found her friends baby and called to say he didn’t look right.

She gets into the house and tells dispatcher they look like they have been beaten it looks like the mother was trying to get to the baby.

The Mother was in the babies room. It was about 5 ft apart from the master bedroom.

She had one gunshot wound to her face as well

The scene was clean they found no forensic evidence that stated anyone else besides them was in that house.

No prints or blood or shell casing.

Police said it looks like it was a profectional hit

Both Billie and Jane worked at a local cotton mill

They go to the Potter’s home they knew that the Potters and Payne’s had some issues.

Jenell Potter spent most of her time on social media. She was a 34 year old who moved in with her father Billie and Jane were attacking her on Social media calling her a whore saying she was ugly Could she of snapped after being social bullied.

Jenell’s dad said she has a mental compasity of a 10 year old. That she can’t comprehend these vicious attacks. Her only friends have been her stuffed animals since 2005

Suspects include an ex CIA agent, The couples own parents, Jenell and even Jenelle’s father There was also speculation that someone hired a hit man and that this was a drug deal gone bad.

Jenelle might be operating on a fourth grade level but she has a PHD in manipulation leaving some to believe that she doesn’t have a learning disability at all.

Buddy and Barbra Potter Her parents say she has a mind set of a 10 year old and says her stuffed animals are her friends But she’s never been tested for a learning disability is this just her parents being over protective and wanting her to stay young forever?

Her parents had rules, no driving no working, be in by 12 no smoking or drinking god fearing gun loving family some say too paranoid. Even when her parents garden they pack a gun. Her dad was in the Military and then later with the CIA Both of her parents now tho are disabled buddy is even on an oxygen tank that he carries with him.

Jenelle said that her life became facebook and her parents were able to monitor every post she made.

Jenelle went to the Pharmacy and Tracy Greenwell took it upon her self to befriend Jenelle. She gave her her phone number and they started to go to the mall out to eat and even repelling.

Tracy’s brother is Billie Payne. A lot of people said that Jenelle was falling for Billie but Tracy doesn’t think so she set her up with a guy named Jamie Curd. A guy who’s smart with computers but a bit older than Jenelle. Jenelle started to see Jamie behind her parents back. He would even come over from time to time to “Fix” the family computer.

Jamie even give her a cell phone so they could talk without her parents knowing. She admits even though she was with Jamie she liked Billie and he liked her back.

At this time she is getting anonymously cyber bullied by someone on her friends list. They post on her page publically stuff like you’re ugly, no one likes you. whore, threatened to get raped.

Jenelle’s mom interveined with her facebook telling people to stop writing on her page.

Billie Jean is engaged to Billie Payne. Jenelle according to her and others said she was obsessed with Billie Payne.

Lindsay Thomas said that she was facebook friends with all of them. Jenelle wasn’t as innocent as she seemed. She would publically post stuff like I wish Billie Jean and Billie Payne and that damn baby would die.

Jenelle started calling the cops on the Billie couple. They started throwing rocks at her dads car. One even said Billie Payne and on the other side Billie Jean and on the side said i’m your huckleberry.

FBI agent working on the case thinks it was a hit.

Jenelle response when asked if she knew anyone that would harm them she responded with no she doesn’t she doesn’t know anyone who would harm them and wouldn’t wish this on them. Then she comes forward saying they were harassing her and when she got on facebook later that evening is when she found out about what happened. She said they were jealous of her she said they thought she was too pretty for her own good. She told detectives that her and her secret boyfriend Jamie were not a thing

Jamie was taken to do a pollygraph when asked if he knew who killed Billie and Billie Jean he said no but the pollygraph said he lied.

Jamie asks a bizzar question. He asks if the CIA was here. He tells detectives he has been talking to a man named Chris who claims he is in the CIA and is here to protect Jenelle from her enemies. Jamie comes out and says that “Chris” Is actually Buddy Janelle’s over protective father as the killer.

But could this be a ploy does he really know who killed them or is he just trying to be a protective boyfriend to Jenelle He’s on an oxygen tank.

With that Buddy got arrested. They knew he always had a weapon. and he looked like he was going to grab his gun and the police tackled him and put his hands behind his back.

He told police that they told Jenelle they wanted to cut her head off they wanted to attack her in a bathroom and rape her. He then calls his wife from the police station and confesses to her on the phone saying he was involved with the murders. He doesn’t say how but he does say he was involved. He said he did some of it not all of it. His wife still today denies that he was involved and said he was with her that night.

Could this be that the 5 hour interrogation got to him or did he know who did it and he was covering it up? Barbra says that when they took him they took no Oxygen or medications with them and that he needs his oxygen daily all the time. He is basically on it all the time. She believes that he didn’t have enough oxygen going to his brain and he wasn’t in the right state of mind. On the phone in the interrogation room Barbra tells him he needs to say he’s not guilty.

They got a search warrant on the Potters house a ton of guns were confiscated over 60. Even an ammo belt over his oxygen tank

Knives were found Photos of the victims were in the living room too they were facebook photos one of the photos had BITCH written on it.

Photos were being ripped while the cops were there

Could this be a 3rd party who didn’t like the Paynes and saw a way to easily get rid of them and pin it on the Potters?

Both Buddy and Jamie are in custody saying they both had some involvment in the murders.

in these e-mails that were taped back together were some e-mails from Barbra Potter and this man named Chris warning Barbra about threats to her daughters life.

I think Chris is Jenelle

Barbra says the part of Buddy’s past with the CIA is top secret. He never talks about it.

All of the e-mails were pointing to an IP address coming from the house. The e-mail was registered in Jenelle’s name

Her mom and dad beleived it.

In the e-mail it even said we’ve had enough no one wants to kill anyone but we will.

Jenelle texts her boyfriend the day of the murder saying “Yes, he’s leaving now. I hear the car leaving” And said “I love you text me ASAP when you get back”

5:30 in the morning illegibily Buddy picks up Jamie and goes to the payne house.

Christopher Jayden takes the stand. He is a former classmate of Jenelle’s. He is in law enforcement but he is a state trooper not a CIA agent.

The defense says that she stole Chris’s identity to manipulate her parents and boyfriend into thinking she was endanger and killing her Crush Billie Payne and his Fiance Billie Jean.

There evidence is completely circimstational

Did Barbra know? Or was she a fully innocent bistanderd.

Barbra in the e-mails said she wanted the paynes dead including that damn baby. She denies this.

She sent herself a e-mail on if god forgives murder.

She denies doing this as well

Jenelle denies having any responsibility on killing the Paynes

She said she never wanted them dead that she just disliked them. She denied making up Chris.

She shuts down in tears and still denies any resposibility