Why are the police hiding the truth? 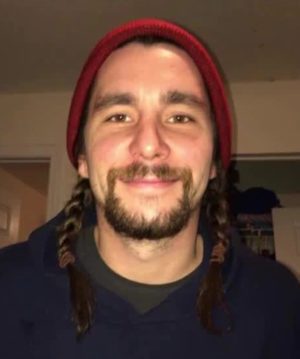 Why are the police hiding the truth?

He was found the day after Easter at the Tru Colors parking lot.

The police said that Val D’Auvray was acting paranoid, saying someone was chasing him and that someone who has a mental illness was involved. He had been in a meth house before and homeless by choice and Val D’Auvray believed he was being chased. His brother Xan said the police had found a bat.

He was found half-naked with a wound on the back of the head. But the police originally told the family that he was fully dressed. His father said had this been a higher class of society he thinks this case would have been taken more seriously.

NC does not have any laws that make it so if a police officer comes into contact with a missing person they must report it back to the family or detain them.

The Family said the video of a police camera shows him saying he was concerned someone was chasing him and that when he first spoke with police they told him that Val was shirtless and did not have any shoes on and that he was on drugs the video shows that he is wearing shoes and a shirt and does not seem to be on drugs at that time. 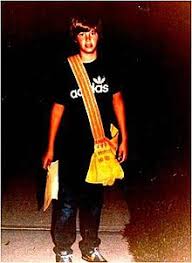 He is presumed to be kidnapped but no arrest has ever been made.

he was saving enough money to buy a dirt bike

Sometimes his dad would come with him sometimes not and this day his dad did not. This time he took his dog

There was a man in a blue car that asked Johnny for directions he told to ask this adult he did mention to the other paperboys that this man was really weird.

There was a witness this woman said that she saw two men park their car on the morning Johnny went missing and was following Johnny.

There was also another whitness that says that he saw a silver fermont car. Around 6am and speed off really fast.

The theory is that he was taken for human trafficing and that these two men grabbed him and threw him in the back of the car and sped away.

There are other witnesses that say they heard a car speeding away around this same time.

people started to call the paper place saying that they never got their papers. His dad found his wagon and the dog. The police were called but they didn’t respond for about 45 mins even tho they only lived 10 blocks away and the police say he has to be reported not until 72 hours until after he has been missing they also kept telling her that he was just a runaway.

But his mom was not going to believe that he was a run away she contacted everyone she could and he was actually the first person to be put on milk cartons.

Police said they did everything right and eventually after 6 months they changed there statements to that he was kidnapped.

His parents early on hired an investigator and got a few sketches drawn from whitnesses of what the men who took Johnny may of looked like.

The Johnny gosh bill was made so that you had to immediately look into any missing child’s case right away and this bill was eventually passed. In 1984 it was passed in Iowa and eventually in all 50 states.

about 6 months after Johnny’s disappearance a woman was approached by a young male at the car parts of the store and screamed I am Johnny Gosch I have been kidnapped.

She said before she could do anything 2 men snatched the boy up and took him away she tried to follow them but lost them and she called police.

The men and the boy were never found

1985 a dollar bill is found in sue city Iowa with a message saying I am alive Johnny Gosch this woman mailed the dollar bill to the family and his mother is convinced it is Johnnys hand writing.

Norine has never given up on her son but did her greif take over and she wasn’t able to think logically.

1989 a 21-year-old Paul Binochi who just got out of prison for molesting boys he said he was in the sex ring with Johnny and he said he is one of the ones who was involved in the kidnapping and held chloroform over Johnny’s mouth.

Norine believed it and said Paul knew things that no one else knew like his birth marks but in reality the media put out his birth marks in case anyone did find him. Paul also did say that Johnny stuttered and this was not in the media.

the FBI and Police didn’t ever think he was involved they never interviewed him. which you should interview someone if they say they helped kidnap someone weather or not you think they are telling the truth.

Paul said he seen Johnny and he was sold to a man in colorado in 1986 and Johnny tried to escape a few times but was unsucuessful.

Paul claims he was in this sex ring being abused as well.

some people thinks he has multiple personality disorder

Paul claimed that this man named Laurance King was running this underground ring.

Laurance King was a rich man and he had a lot of power he was in charge of the Franklin bank and there was the Franklin scandal in the late 80s in 1990 they decided to drop all charged against Laurnace because they called it a carefully crafted hoax.

Laurnce was eventually booked into prison for looting over 40 million dollars form the bank.

it would be very easy to pay off some people and get off.

Paul said it was a lot of famous people and people with power who were doing this and involved.

10 years later in 1999 Paul actually files a civil suit against king he has allegations of assault and kidnapping and forced imprisonment. Lawrence King never shows up in court so automatically Paul is awarded 1 million dollars And King paid him.

Narine thinks that her husband John might of sold her son to the sex trafficking ring but there is no proof that is what happened.

Narine said she 15 years later late at night Johnny and another unknown man came to her home and when she opened up the door Johnny was standing right there she said at first she didn’t fully recognise him but when he opened his shirt and showed her the birthmark she knew it was him. She said it’s me mom it’s Johnny and apparently, she spoke to him for about an hour and a half and he said don’t go to the police I need to stay in hiding or people will kill me. She also said he never introduced this other man and he never said anything.

The case goes quite till 2006 then Narine was sent these disturbing photos of young teenage boys tied up and gagged Narine was convinced one of the boys was Johnny but police said it is not that it’s missing the birth mark that the feet are the wrong size the head is too small. John her husband was also convinced that this was not his son.

Theory is that someone found these images online and printed them out and sent them to her because she would believe anything.

Since then tho there is nothing new on this case.